Many modern parents, even remotely understanding something about psychology, realize that many of their adult problems appeared as a result of what was laid in them by parental upbringing in their childhood. But it’s not always because our parents are so bad or wished us harm. Quite the contrary, they could be very loving, just not knowing all the subtleties. But now we have a huge variety of resources about family pedagogy. One of them is Philippa Perry’s book «What a pity that my parents did not know about it: and how lucky my children are that now I know about it.» We want to talk about it today.

Those who know only indirect information about parenthood often believe that life with a child is a continuous walk in the park, eating ice cream together, playing outdoors and other joys of life. Those who already have children probably understand how deep this delusion is. In addition to happy family moments, the life of a parent is hard work. And at the same time, it is often useless to demand a serious return from the baby, because children just want to enjoy life.

And at the same time, mothers and fathers want their child to grow up to be a happy, self-sufficient person with a number of positive qualities. How to fulfill this mission, while remaining not only a parent, but also a friend to your child? Let’s look for answers in this book. 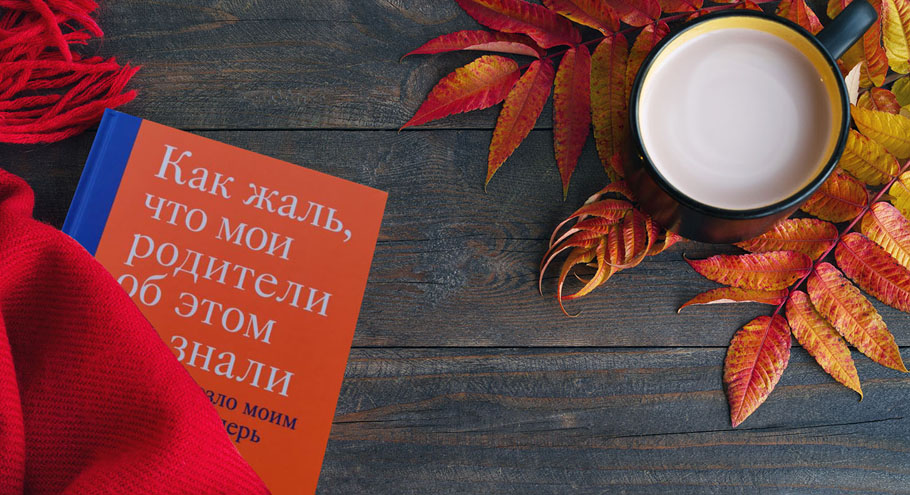 Philippa Perry has been a practicing psychotherapist for 20 years. In addition, she is a well-known writer and TV presenter in the UK. However, even before the start of her career, she managed to work in a volunteer organization.

Even starting to practice psychotherapy, Perry was engaged in side projects. The first sign was her graphic novel «Couch fiction» («Couch Chronicles»), published in 2010. The author also presented to the public several documentaries covering serious psychological problems: «The Truth About Children Who Lie», «The Age of Emotions», «Being Bipolar», etc.

In Russia, in 2019, her book “How not to go crazy: put things in order in thoughts and feelings” was published, focused on the mental problems of adults. “What a pity that my parents did not know this” is the newest book by Philippa Perry and in it parents can already learn how to approach their children. At home, in the UK, the book became a bestseller.

Perry’s own daughter’s name is Flo, and she is already an adult. She chose the path of an illustrator, following in the footsteps of her father, Philippa’s husband, and, like her mother, she writes books.

Details about the book

The author herself in the preface says that it is impossible to call the book a manual for parents in the full sense: after all, in it she does not talk about how to change diapers correctly for a baby or at what age to start the first complementary foods. Family pedagogy as a whole may seem to someone to be a less applied and more abstract task, but at the same time, it is simply necessary for adults to know many of the subtleties of the delicate child’s psyche.

Much attention is given in the book to how the current generation of parents were raised, how this influenced their own parenting style and what can be changed in their approach. The author intentionally does not offer the reader clear advice, recommendations and life hacks. But this is not a reason to put an end to the book: it contains a lot of psychologically competent worldly wisdom. Perry provides support to young mothers and fathers, relieves them of their internal attitudes towards becoming that same phantom «ideal parent», teaches them to live without manipulation, but with an understanding of the child’s emotions and feelings.

Despite the fact that, as mentioned above, there are no obvious life hacks in the book, there you can find effective exercises based on the experience of Philippa herself, her clients and acquaintances. What does the author suggest to parents?

Where does this emotion come from?
Surely, every parent at least once got angry or experienced another strong negative emotion in relation to their child. It’s natural to feel, but the next time you get angry again, think about whether it has anything to do with your child, with the situation here and now. Even if the baby needs help right this second, it is better to take a break to cool down, because you are unlikely to be able to provide him with adequate support in the current state. The exercise is also relevant for those who have not yet had children: it is still useful to think about the origins of anger. If possible, go back mentally to your childhood. There is a possibility that anger is not a reaction to a specific situation in the present, but, simply, a long-term habit.

All in their beds
Some moms and dads have difficulty getting their baby to sleep alone in their own room. Philippa shares her experience. If in infancy, her daughter’s quick sleep was facilitated not by swaying, but by hugs, then when she grew up, in her new nursery, she only wanted to play, but not sleep at all. The issue was resolved simply: the mother and father offered the girl that they would be there while she fell asleep, and if she wakes up in the middle of the night, she can come and lie down with them, only without chatter and noise. At first, they sometimes found a sleeping daughter in their bed in the morning, but this happened less and less, until it gradually stopped altogether.

Think about yourself more
The point here is that in cases where the baby’s emotion seems incomprehensible to you, return to a similar age in your childhood. The author gives an example of one mother, whose son was constantly crying. It seemed to the woman that this was happening for nothing. At first, she reacted mildly, but when he was four, she decided that he was already old enough to learn how to cope with his emotions. What stopped her from «grow up» advice to the boy was only the memory of how bad she herself was when her parents devalued her emotions and cursed for them in her childhood. Indeed, adults have more serious problems, but for a small person, even a trifle can be a disaster. And this is serious.

Another important wisdom is that your child will definitely have a crisis of three years, he will get used to school, and teenage rebellions will eventually come to an end. The task of a wise parent is to keep the warmth between him and the child through all these storms and carry it through life.

A significant plus of the book is that the author herself considers her audience not only to be accomplished moms and dads or those who are expecting a child, but also people who do not have children, but they want to understand why they became who they are, how now live with it and help yourself.