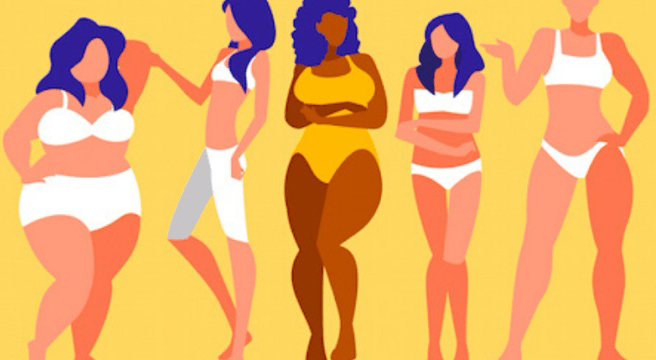 How to choose shapewear

Shapewear used to be reserved for special occasions, but now women wear it every day to always look bright and feel irresistible.

It is better to take a closer look at your bra and panties. Good lingerie does a great job of lifting, tightening and smoothing: wear shapewear to get the perfect fit for your favorite clothes.

We all have parts of the body that we would like to change: to make a flat stomach, a thin waist and slender hips. This is possible with the right underwear. To do this, you need to know what type of figure nature has endowed you with. Of course, such a division is conditional, but by measuring the main indicators of the figure and critically evaluating herself in front of the mirror, each will be able to recognize herself in one of the five main types. 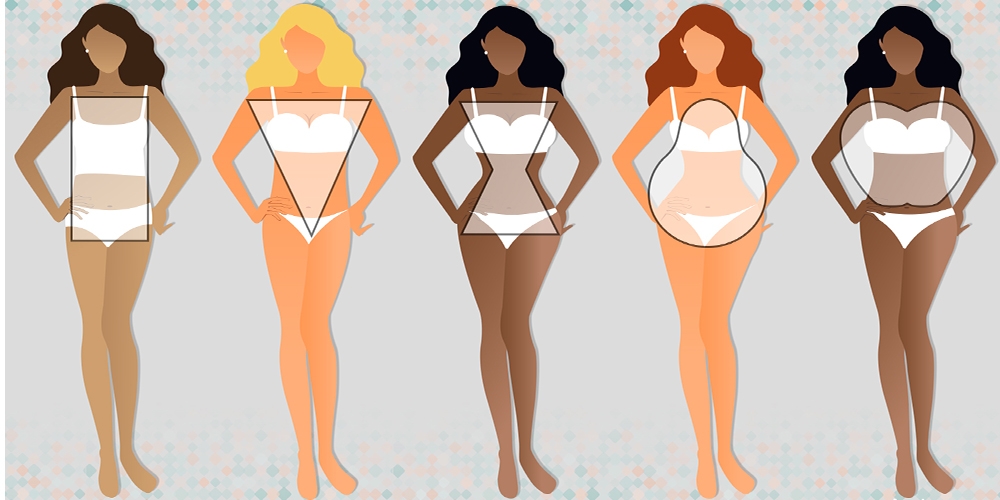 The owners of the figure of a rectangle have approximately similar parameters of the chest and hips, the build is athletic, the waist is weakly expressed, slender legs, in general, the figure is a little boyish.

Fat is deposited in the abdomen and hips, and therefore the waist is lost. The figure becomes quite even, without bends. Therefore, you need to create additional volume in the chest and hips, to form a waist. This will help slimming belt (corset), graces, high shorts.

In nutrition, it is recommended to limit yourself to the use of smoked, salty, fatty and sweet.

This type of female figure is very similar to the male, massive top and narrow hips. The inverted triangle figure has shoulders visually wider than the hips and, as a rule, a large bust, flat buttocks and slender legs.

Excess fat accumulates in the waist area and in the upper body. This type of female figure needs to balance the upper body and emphasize the waistline.

When buying corrective underwear, you should pay attention to slimming bodysuits (grace or semi-grace), as well as slimming belts or corsets to highlight the waist, panties with a push-up effect.

In order not to gain excess weight to exclude a hearty breakfast, it is better to move the main meal to dinner, within reasonable limits.

Such a figure is considered the most harmonious and feminine of all types of female figures.

Here we have a very thin waist with an equilibrium width of the shoulders and hips (the difference in the circumference of the waist and hips is at least 25 cm).

Excess fat is deposited on the arms, chest and hips.

When choosing underwear, we are guided by the principle of «do no harm».

Depending on the volume of the body, a woman with an hourglass figure can choose a slimming corset, bodysuit and grace (semi-grace), which can be combined with slimming panties and pantaloons.

Women with an hourglass figure can recover from fatty and sweet

The female figure of the pear type is characterized by an elegant top with narrow shoulders and a rather lush bottom. The goal here is to create the illusion that your shoulders are equal to the width of your hips, that is, to create balance. In this case, slimming underpants, those that cover most of the buttocks, elongated pantaloons, slimming shorts and skirts, are suitable as corrective underwear in this case.

A pear should limit itself to eating in the evening.

A woman with an apple body type has slender legs, magnificent puffy breasts, a rounded tummy and a not very expressive waist.

In this case, it is advisable to wear corrective underwear that maximizes the waist and emphasizes the chest. It can be a slimming belt, a bodysuit (grace), as well as slimming panties with a high waist, corset shorts. Pay attention to underwear with additional breast support, and underwear not with narrow, but with wide straps that do not cut into the body. At the same time, corrective underwear that forms the line of the hips (slimming pantaloons) should be avoided, since tightening the hip zone will adversely affect the balance of the figure as a whole. Slender legs delight such women until old age.

In order not to gain excess weight, it is necessary to exclude all sugar (replace with honey), animal fats, fried foods in sunflower oil, white bread, smoked hams and meat, salted or canned vegetables, bananas.