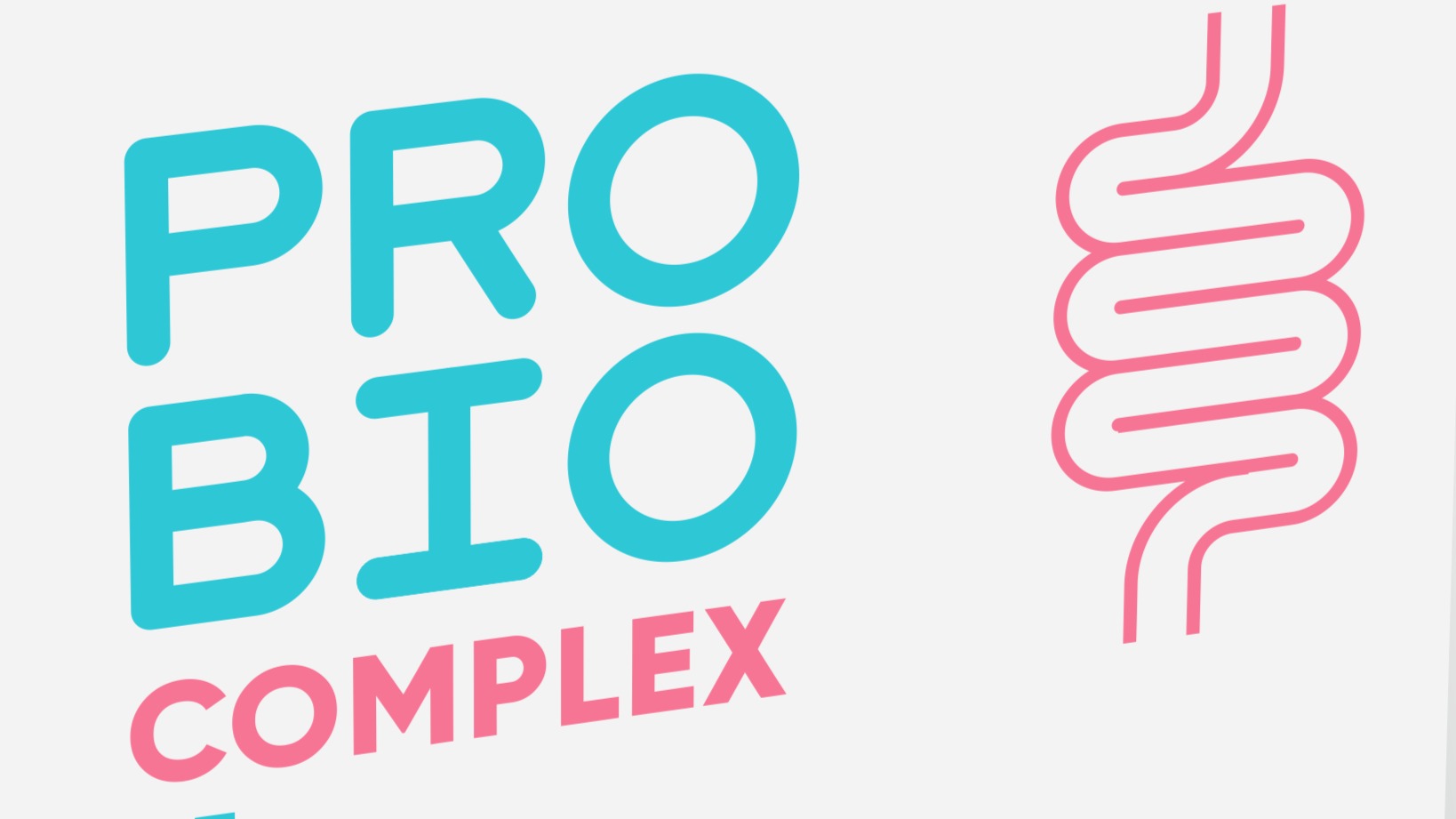 What is Diarrhea and its history?

Diarrhea is rapid, repeated loose stools. Diarrhea is usually accompanied by pain, rumbling in the abdomen, flatulence, tenesmus. It is a symptom of many infectious diseases and inflammatory processes of the intestine, dysbacteriosis, and neurogenic disorders. Therefore, the diagnosis and treatment of the underlying disease plays an important role in the prevention of complications.

Diarrhea has been known to mankind since the very beginning of its existence. However, it is believed that primitive people rarely suffered from diarrhea, since water sources were usually not polluted, and food was not stored for a long time. The situation with the spread of infectious diarrhea has changed with the development of civilizations and with the formation of urban settlements in which the issue of clean sources of water, sanitation and disposal of waste products has not been adequately addressed. Herodotus mentions dysentery that Xerxes’ army suffered during the retreat after the Battle of Salamis. Hippocrates describes different types of diarrhea and associates the appearance of this symptom with the use of dirty water.

The modern opinion of experts is that the changes caused by diarrhea in the body can be life-threatening. Diarrhea itself, as a symptom, is not dangerous, but the consequences in the form of dehydration and loss of trace elements are detrimental. Chronic diarrhea often causes vitamin and mineral deficiencies, which can lead to other conditions such as anemia. Diarrhea can cause hemorrhoids. It should also be remembered that diarrhea is most often a symptom of serious diseases such as pancreatitis, chronic hepatitis, gallbladder disease, intestinal infections, etc. In addition, chronic diarrhea caused by various causes can be associated with anxiety disorders and significantly reduces the quality of life of patients.

1. Intestinal infection. In more than 68% of cases, diarrhea is caused by rotaviruses, and in approximately 15% of cases by pathogenic bacteria (Salmonella, E. coli, staphylococci).

2. Non-infectious poisoning. The cause of non-infectious diarrhea can be poisoning with mushrooms, berries, vegetables and the consequences of eating improperly prepared foods, such as fish.

5. Climate change «Traveler’s diarrhea» occurs in 25-75% of tourists during trips to new countries due to unfamiliar climate and food. Since the child’s gastrointestinal tract is just being formed, it is more difficult for him to adapt to changing climatic conditions and nutrition.

Why are Probiotics and Prebiotics needed in the body?

Prebiotics and probiotics are complementary biological structures aimed at improving the intestinal microflora, ensuring its normal functioning. Both components enhance the action of each other and are used as part of the complex therapy of gastrointestinal disorders, allergic and infectious diseases of various origins.

Unlike probiotics, which are living microorganisms, prebiotics are chemical compounds. The effectiveness of the interaction of these substances is due to the fact that the latter constitute a favorable environment for the reproduction of beneficial bacteria that enter the body with probiotics.

Benefits of Probiotics and Prebiotics

removal of intoxication, reduction of the harmful effects of antibiotics;

Relief of diarrhea, prevention and treatment of dysbacteriosis;

The beneficial properties of prebiotics are the normalization of intestinal and gastric microbiocenosis, a decrease in the number of streptococci, staphylococci, cholera vibrios, salmonella. They promote the growth of non-pathogenic Escherichia coli, lacto- and bifidobacteria. To enhance the positive effect, both components are used simultaneously.

They were discovered in 1923 by the French microbiologist Henri Boulard while traveling in Southeast Asia. The scientist noticed that the locals used a special tea made from mangosteen peel and lychee to treat diarrhea.

The mechanism of action on the human body Saccharomycetes Boulardii

A natural remedy is different from other probiotics. The peculiarity of yeast is that they are not susceptible to the acidic gastric environment, therefore, they are preserved when taken orally. They bypass the stomach and enter the intestines, retaining all their beneficial properties.

Another advantage of Saccharomycetes is that they do not colonize the intestinal tract. Even with prolonged use, the body is cleared of them within a few days after the end of the intake. The yeast fungus is completely eliminated from the intestine no later than after 5 days. It does not penetrate into other tissues and has no effect on the mucous membranes of the gastrointestinal tract.

The use of drugs, which contain Saccharomyces Boulardii, have a certain effect on the human body:

First of all, tremors act on pathogenic microbes. They are attracted to the surface of probiotics, and then, together with them, are excreted from the gastrointestinal tract;

The effect of taking is expressed in the elimination of toxins that appear during the life of harmful microorganisms. Microbes lose their ability to produce toxic substances. In addition, the process of their removal from the gastrointestinal tract is accelerated;

If due to the impact of aggressive bacteria the normal microflora is disturbed, Saccharomycetes are able to restore it and improve the human condition. Since pathogenic strains are removed from the intestines, beneficial bacteria are able to multiply to the required amount;

The remedy prevents the development of Escherichia coli and quickly stops the diarrhea caused by it;

Increases the production of immunoglobulin, due to which the immunity of the intestinal mucosa becomes stronger. This helps the gastrointestinal tract to better deal with ingested pathogenic strains.

Preparations containing natural probiotics increase the activity of intestinal disaccharidases. They are effective against different groups of pathogenic microorganisms. First of all, we are talking about fungi that cause candidiasis, staphylococcus aureus, salmonellosis. Also, the effect is manifested in giardiasis.

We will conduct today’s review, adhering to the Russian folk proverb: «Meet by clothes — see off by mind.» And so let’s get started…

At first glance, the packaging of PROBIO complex + Boulardi produced by Amateg looks attractive. The appearance of consumer packaging, on the one hand, is simple, but it hides a minimalist design with vector graphics.

Picking up the packaging, one feels the quality of the material from which it is made — which speaks of the attitude towards the buyer. Every detail on the box has been thought of. All inscriptions and markings are easy to read. There are all descriptions and inscriptions required by law.

Opening the package, we see a jar with the drug itself, as well as a leaflet. The secondary packaging is also made to last and has a tamper-evident valve. The packaging material is made of high quality food grade plastic. The jar has a sticker with information that duplicates the primary packaging.

Let’s move on to the most important thing, namely the drug itself.

Having opened the jar, we get access to the capsules themselves, in this package there are 30 of them, each weighing 400 mg.

Consider the active ingredients in a daily dose (1 capsule).

Comparing with the data of other manufacturers of a similar product, we can conclude that the active substance in PROBIO complex + Boulardi is an order of magnitude higher. Accordingly, the Buyer receives more active substances for less money.

It is recommended to maintain the functions of the gastrointestinal tract and intestinal microflora within the physiological boundaries, as an additional source of probiotic microorganisms (Boulardii’s saccharomycete, lactobacilli and bifidobacteria). Contains the prebiotic inulin. Yeast fungi (saccharomycetes) help to restore the affected intestinal microflora (dysbacteriosis). Lactic acid bacteria contribute to the restoration of microflora and the activity of the gastrointestinal tract. The prebiotic inulin promotes the growth and activation of the gut’s own beneficial bacteria.

Also, a convenient form factor allows you to use it on trips, with traveler’s diarrhea.

It is recommended to take orally, during meals, children from 3 to 18 years old and people over 18 years old, 1 capsule per day. The duration of admission is 1 month. Before use, it is recommended to consult a doctor. In case of difficulty swallowing capsules, you can dissolve the contents of the capsule in water, yogurt, milk. That makes it easy to give the drug to the child. If antibiotics are used, they should not be taken at the same time as the product, but several hours apart.

Summing up, we can conclude that this product, developed by Amateg, turned out to be of high quality, it can be recommended to children and adults.