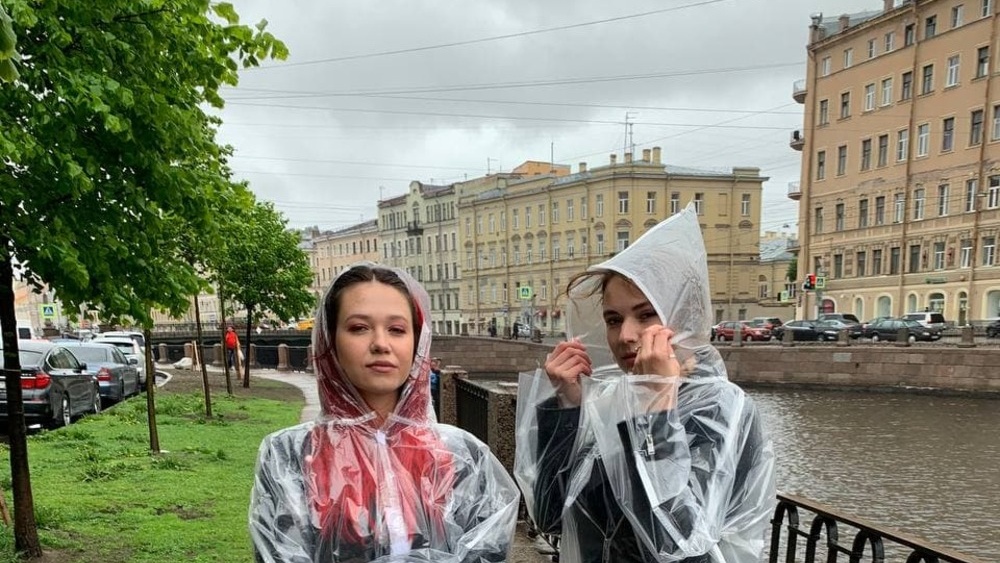 First moment,
In Russia, for the production of tailoring raincoats, LDPE High Pressure Film is mainly used.
it is soft and lightweight, it is easy to fold it into a small volume and put it in a purse or a convenient place
There is clean primary film (as in the photo) which is used immediately for sewing a raincoat, from a granule into a film, a finished raincoat from a film.
There is a secondary film, this is a film that has been recycled once or several times, has already been in use, you can replace the inclusions of a dot on it, the more there are, the worse the film is, and also a not very pleasant smell appears
Zuevraincaot also uses recycled film in blue and green raincoats and yellow raincoats.
And if you bought such a raincoat from us, you will hardly see inclusions and dots, and there is no smell, processing was only once.

second moment,
In Russia, they make raincoats stitched and soldered
Stitched (as pictured) in a special way, while maintaining moisture resistance and waterproof properties
Soldered, a cheaper way, and basically such raincoats from a secondary film in several processing, have a smell of burning and others, and Velcro are glued and not always evenly and reliably,
Zuevraincoat uses only the sewing method of raincoats, and the Velcro is firmly held

Third moment,
Density, measured in microns, in the photo, for example, film 55 micronscolored raincoats 45 micron recycled
Brazed raincoats use 30-40 microns. And if you use a good quality and thick film in soldered ones, they will diverge when you wear a raincoat.

Fourth moment,
Velcro, buttons or zipper?
Optimal Velcroconvenient and fast (but this is the case ZUEVRAINCOAT, good film + optimal density + stitching + Velcro)
Polyethylene raincoat buttons are not the most reliable case, open to close, and very quickly you will tear raincoats or pull out buttons.
The zipper leaks because cheap, good moisture-resistant zipper is many times more expensive than polyethylene raincoats

With thanks,
Brand manufacturer of raincoats and waterproof clothing
ZUEVRAINCOAT
ZRC