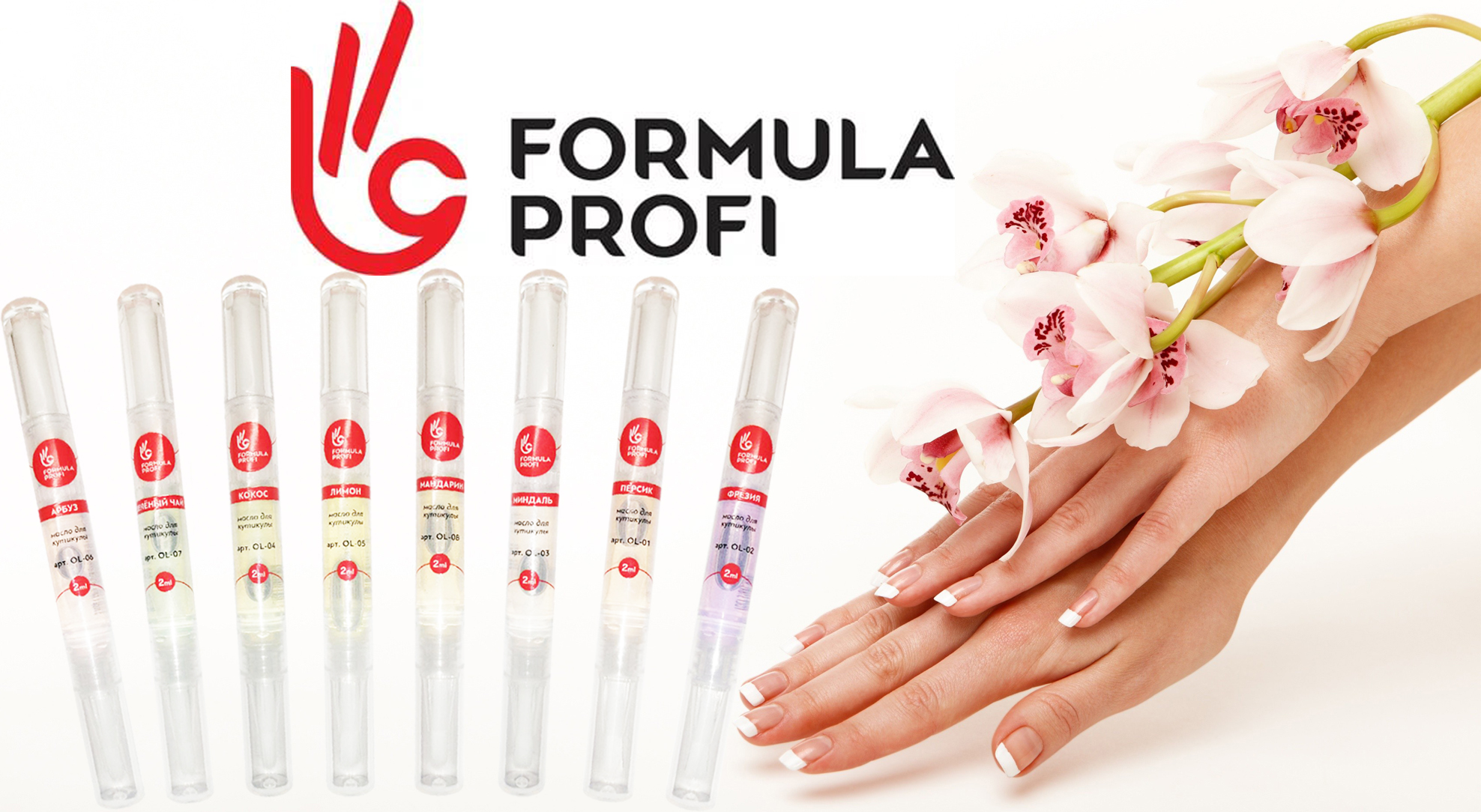 Cuticle oil. What is it for?

It is very important for a modern woman to remain beautiful and look at 100%, regardless of her social status, age or occupation. A very important element of the appearance, of course, is a beautiful manicure. Soft and silky skin, strong and healthy nails and well-groomed, smooth cuticles not only make you beautiful, but also give you self-confidence and cheer you up. An integral part of modern manicure, of course, are cuticle oils, designed to maintain its healthy and well-groomed appearance.

To date, oils are supplied in various types of packaging, but the most common are the so-called pencils. They are very convenient to use: the oil is dosed with a convenient swivel cap and distributed along the cuticle with a brush, applied carefully and in the required amount, without spreading over the fingers, the pencil itself can be taken with you in your purse and used at any time.

What is in cuticle oil? How to choose the right one?

The natural components that make up Formula Profi cuticle oils have a complex effect, including:

-Protection against the negative effects of chlorinated water, household chemicals.

— Elimination of prerequisites for inflammation of the nail fold.

-Prevention of the appearance of fungus.

— Has a calming, antiseptic effect.

In the range of cuticle oils there are various fragrances created only on the basis of natural ingredients, which, in addition to a pleasant smell, have individual properties inherent in each of them. You can choose the oil you need based not only on the aroma, but also taking into account its beneficial properties.

Peach oil has a positive effect not only on the cuticle, but also on the nail plate, making it much stronger. It also has an antibacterial effect, prevents inflammatory processes.

Mandarin essential oil promotes nail growth, strengthens and tones them. Has a whitening effect. It has properties common to all citrus fruits.

Argan oil has a high concentration of vitamin E and fatty acids, has a pronounced moisturizing effect, nourishes and actively promotes nail growth.

Lemon oil is used as a moisturizer and has a pronounced whitening effect. Quickly absorbed, restores keratin bonds of the nail plate.

Green tea extract is considered one of the most effective natural remedies against fungus and other pathogens. It has a rehabilitating and regenerating effect, eliminates redness, itching, irritation. Strong natural antiseptic.

How to use oil?

The main factor influencing the effectiveness of cuticle oil is the regularity of its use. if you make this procedure daily — a positive result will be guaranteed.

It is advisable to steam your hands in hot water once a day to achieve the greatest effect. You can also use an oil compress to enhance the impact and increase the positive effect. The exposure time of the oil in this case is from 5 minutes, to prepare the cuticle for manicure, up to 20 minutes, to regenerate, restore and treat the cuticle and nail plate.

In any case, thanks to the convenient stick-shaped packaging, applying the oil will be a convenient and easy process, available to you throughout the day. For home use, you may want to consider a 10ml dropper pack — it’s good for compresses, a little cheaper per milliliter.

Be healthy, always remain impeccably beautiful and self-confident, and Formula Profi will help you with this.