Cuffs as earrings that do not require ear piercing were invented not yesterday, but at least 4 thousand years ago. Why haven’t you heard of them before?

Archaeologists excavating in the British Isles discovered these jewelry belonging to women who lived in 2300 BC. Women from the noble families of Ancient Greece wore earrings that clung to the auricle like a half ring or hung on the ear from above. These cuffs are worn by Angelina Jolie in the movie «Alexander». 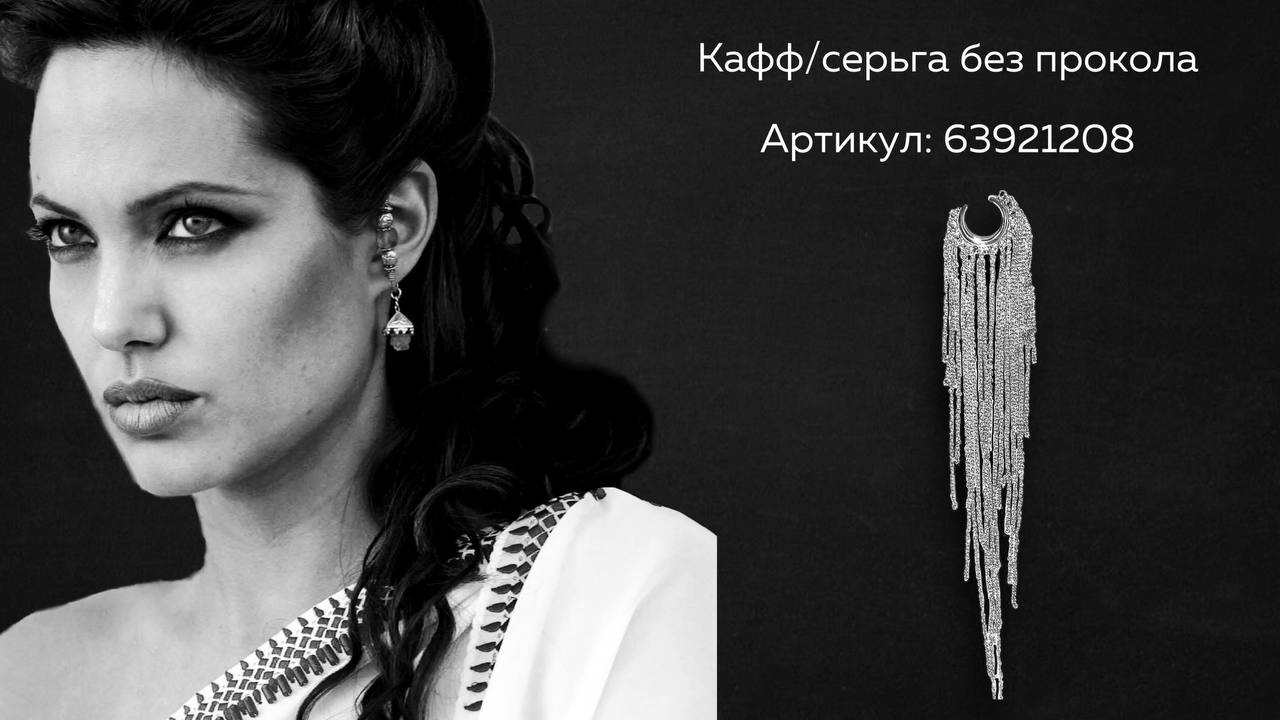 In the Middle Ages, the Catholic Church decided that it was a sin to pierce the ears, as it violates the integrity of the human body, and banned earrings. They became part of the protest, marginal culture — they were worn by pirates, thieves and gypsies.

Well, there were no such prohibitions in Russia, the most famous cherry ear cuffs belonged to fashionista Catherine II. These are earrings with huge Brazilian diamonds — two stones of 11 carats and 2 stones of 7 carats each, made in the shape of cherries, which are now part of the Diamond Fund collection. They are so heavy that they were clung to the upper part of the ear near the head, and not threaded into the lobe.

At the beginning of the last century, Coco Chanel introduced the fashion for jewelry, so most women could afford earrings, and they became almost an obligatory part of the women’s wardrobe.

In America in the post-war 50s, when cuffs become a mass accessory. The icon of Marilyn Monroe, of course, wore cuffs with the best friends of girls — diamonds. 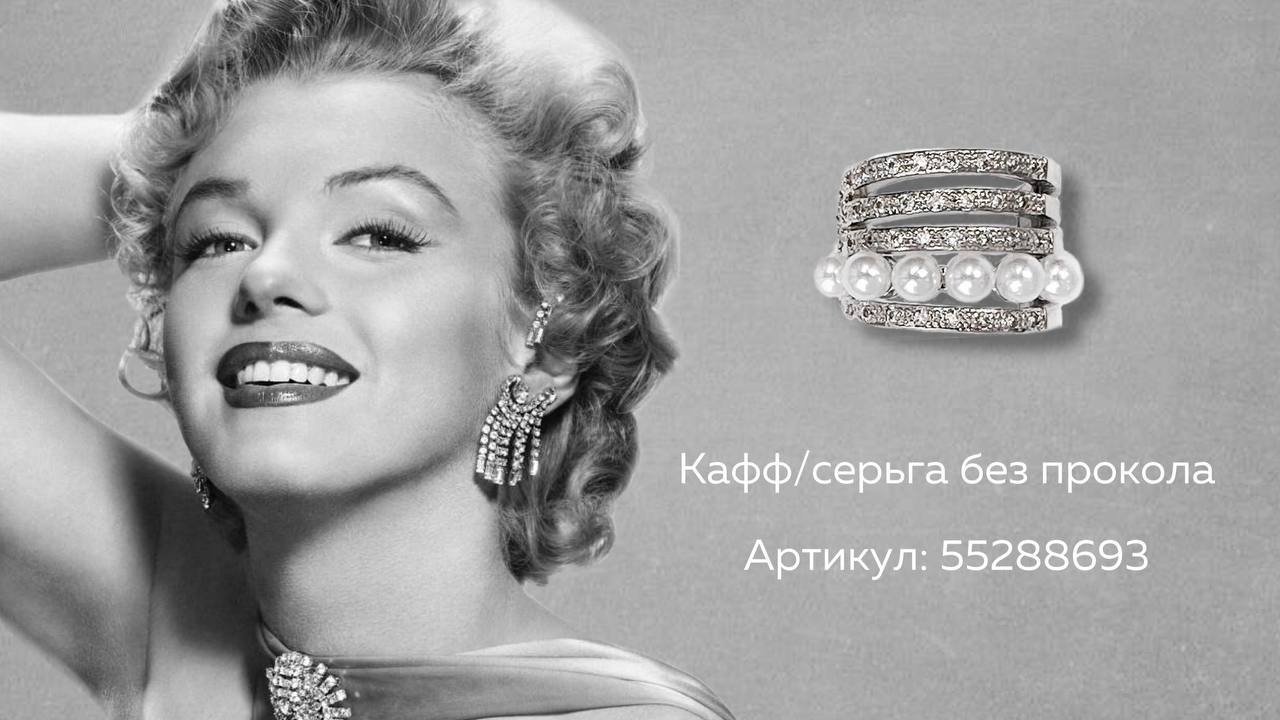 In the 1960s and 1970s, cuffs were an attribute of the bohemian party, appearing on the pages of Vogue and at parties in the most outrageous club in New York of those years, Studio 54, for example, at Andy Warhol’s muse, Edie Sedgwick. We dreamed up which Jewelry bar cuffs could repeat the bright images of style icons. 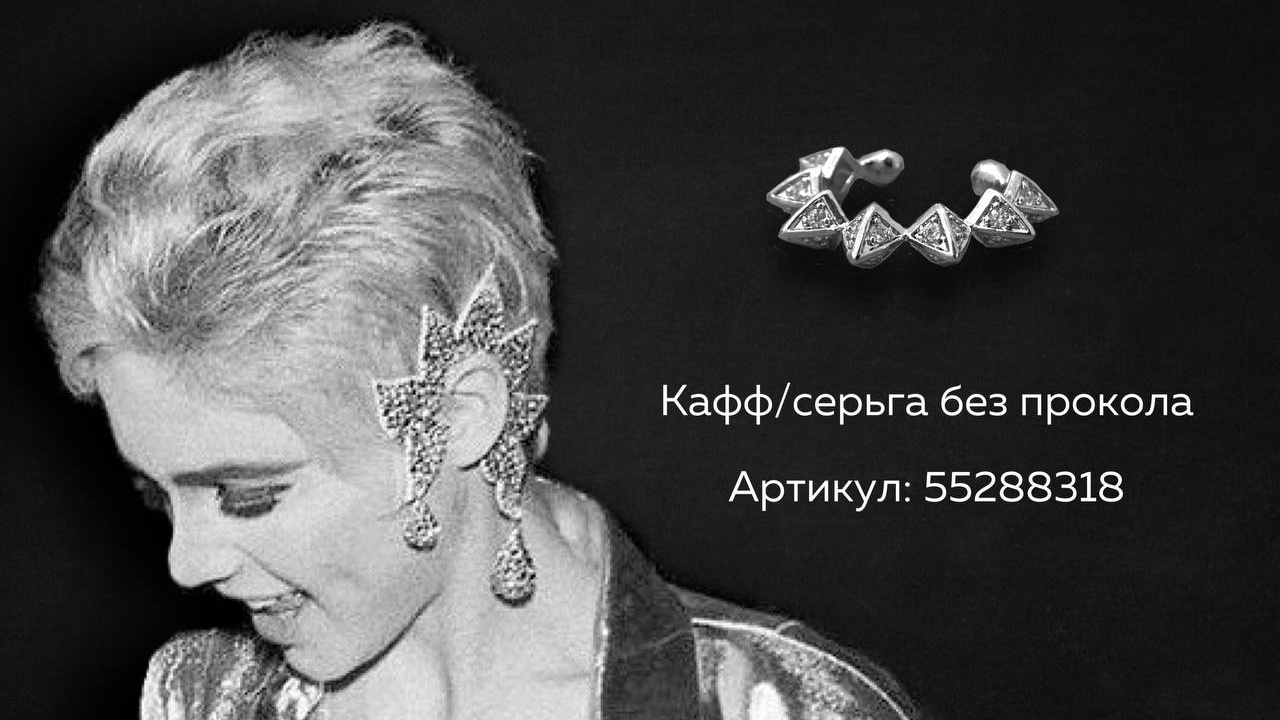 Since the 80s, they have been constantly appearing at the fashion shows of Alexander McQueen, Chanel, Karl Lagerfeld and others. And in the last couple of years, cuffs have become a must-have for any major modern jewelry brand.

Despite a long history, cuffs are still unusual and interesting decoration. Simply wear ear cuffs instead of or with earrings to complete your stylish and modern look.